164h on paradise station, 52h on NSV, unknown number of hours on yogstation (before hour tracking)

EXPERIENCE WITH ADMINISTRATION IN SS13:

None, except for my own server I hosted with an average of 2 or 3 friends on, giving me some (but not a lot of) familiarity with admin tools

I have played NSV for the past few weeks and have really enjoyed it, a lot more than normal ss13, it has a close, tight-knit community, with recognisable persistent characters, while also having an interesting feature set that isn’t really seen anywhere else in the game, across any other active server

I have several years of experience with discord and twitch moderation, while not directly ss13 moderation, it does impart skills needed to deal with certain situations, and can potentially show that I am trustworthy

WHY DO YOU WANT TO BE A STAFF MEMBER:

I feel my skills with administrating on other platforms can help a team that seems to be quite thin at the moment. I also feel that I can help make the game more fun for players.

QUALITIES THAT ARE IMPORTANT FOR A STAFF MEMBER:

Honesty, integrity, knowing when to use administrative powers, and when to use words to resolve situations, good with potentially stressful and complicated situations, knowing how to defuse a heated conversation

#1 When is it okay to Adminbus?

Adminbus (if done correctly) can make an otherwise boring round more interesting, however, if it interferes with a round negatively, isn’t funny, or causes players to die/leave early into a round without the opportunity to re-enter, it should not be done.

Actual abuse of tools to force a narrative that isn’t planned, isn’t agreed on, and isn’t wanted, is a no, and should be avoided.

#2 What is the purpose of antagonists and how much freedom should they have?

Antagonists make the game interesting, by providing an enemy for the ship to work against, they should have a fairly large range of freedom, however, this should be dictated by RP, and is subject to the rules. If an antagonist goes out of their way to kill everyone on the ship or create something that will likely kill everyone on the ship (without it being an objective, or them not having any valid IC reason to do so), they should contact admins first. The situation where that would be accepted/rejected would depend on the current round, the players, and what they are doing.

Antagonists should be able to accomplish all objectives in most ways that they see fit, while still being appropriate to the theme of the antagonist (e.g., traitors should at least attempt to be stealthy)

#3 What would you do if you were accused of abusing your power / being unfair and how would you react?

I would defer to a higher/other admin who could judge the situation as they see, while providing my own side of the story. I would then try to keep out of the situation, as it is my own actions that are being judged.

#4 What do you think qualifies as an abuse of power?

A use of powers that is excessive, not warranted in the situation, or interferes with many people and is unwanted. This can extend to both bans, event powers, and other powers.

Unwarranted warnings can also be considered an abuse of power in certain conditions, as you are abusing your position to force people to act in a certain way that potentially aligns more with your own view of what is acceptable/what is not rather than the rules, or the servers. Of course, this is somewhat open to interpretation, however, if this occurs consistently, and constantly, it is likely an abuse of power.

#5 What is the purpose of staff and how do you think they should act?

Staff should primarily keep the server a safe, welcoming place by enforcing the rules and RP standards. They should act appropriate to their position, and not break any rules themselves. Staff members should be held to a higher standard than potentially other players, as they are often used as examples of what is acceptable and what isn’t. A secondary purpose of staff is to make otherwise boring rounds more interesting, subject to caveats, through events and other situations.

Adminbus (if done correctly) can make an otherwise boring round more interesting, however, if it interferes with a round negatively, isn’t funny, or causes players to die/leave early into a round without the opportunity to re-enter, it should not be done.

Actual abuse of tools to force a narrative that isn’t planned, isn’t agreed on, and isn’t wanted, is a no, and should be avoided.

This is a great answer to a different question. This would best be a “what is the purpose of adminbus?” answer. The question asked when is it okay

hope this is sufficient 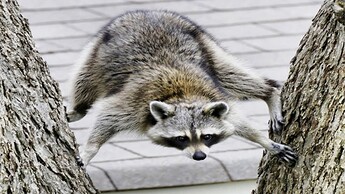