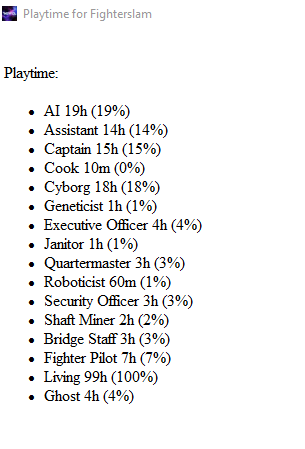 Experience with NSV mechanics: I know most mechanics of 2d spess man game, especially since I have over 1000h on bee - the upstream for NSV - and I know most of the mechanics for NSV.
Why do you want to be a mentor: I’m a mentor on bee, I want that spicy MSAY chat, and I want to be able to help people in the community - it hurts me on a genuine level to see people struggle to do the simplest things simply because they don’t know, and being a mentor can help me fix that

#1 What does an ATC do?: Controls magcats, tells fighters the amount of contacts, tells fighters when to start engines, and controls the flight pods / launch tubes if there are any.
#2 What parts does one need to start constructing a torpedo?: Torp components, torp warhead, torp
#3 What is a good entry role for those new to NSV?: Assistant - they can go to the XO, see which department needs help, and get access so people in the department can teach them without them using up a department slot - and there’s generally some spare fighters, too.
#4 What is a good entry role for those new to SS13?: Probably a departmental role, as assistants is a make-your-own-fun role to a certain degree, but jobs like scientist, doctor, engineer, all have responsibilities and open you up to learning important mechanics of the game
#5 Is an XO supposed to just act like a HoP?: No, XO is above everyone else except the CO in the chain of the command, they’re expected to do be the acting CO when there isn’t one, and they’re expected to act professional.
#6 Build torp?: brikc torp

We understand that you had some trouble as a mentor with beestation. Would you like to expand on that for us?

From what I’m reading here I can’t really tell if you know how 2 stormdrive so if you wanna know about that you can message me and I’ll get you up to date on how it works.

-1
Denied due to past conduct as staff.