Post your funniest or most memorable moments on the server. I’ll begin with a tale of Rages-The-Cage the luchador lizard, I may not get all the details right because I didn’t witness the whole thing.

Round starts. Rages-The-Cage begins to tear apart the gym, when I ask why, he exclaims that he wants to build a rage cage and become it’s new champion.
He Don’s a luchador mask and encourages the crew to face him in the cage, one on one.
Eventually I grow bored of my job and go to the gym. I offer to fight and he heartily agrees.
“PREPARE TO RAGE IN EL CAGE, OLE!”
The fight is on, but it’s over as quickly as it started. I get totally robusted and thrown into an electrified grille, my competitor is hardly scratched. After I’m in crit, he nobly drags me to a nearby sleeper to heal my wounds.
It seems his cage isn’t getting much attention so I make a quantum pad connecting the gym to the briefing room.
Later on, Rages claims to have met his Russian arch nemesis, a bottle of badminka vodka and how he is unable to beat it in the arena.
Shortly after I spot Rages-The-Cage with two bags of holding, I ask why, “ES MY FINAL MOVE, EL ONLY WAY TO WIN, OLE!”
I run to the gym, but I am too late. The rage cage, Rages, and the bottle of badminka vodka are all gone, destroyed by the tear in reality.
After a tough battle with the syndicate fleet, the shuttle arrives and we prepare to leave.
Back at Centcom Rages-The-Cage is there, dressed up in a gas mask and a bear skin cloak, waiting to robust the crew as they leave the shuttle.
Round end report reveals Rages as a traitor who must have traded his telecrystals for the wresting martial art so that he may become the ultimate rage cage champion. Even in defeat he found a way to overcome his opponents at the cost of his own life. 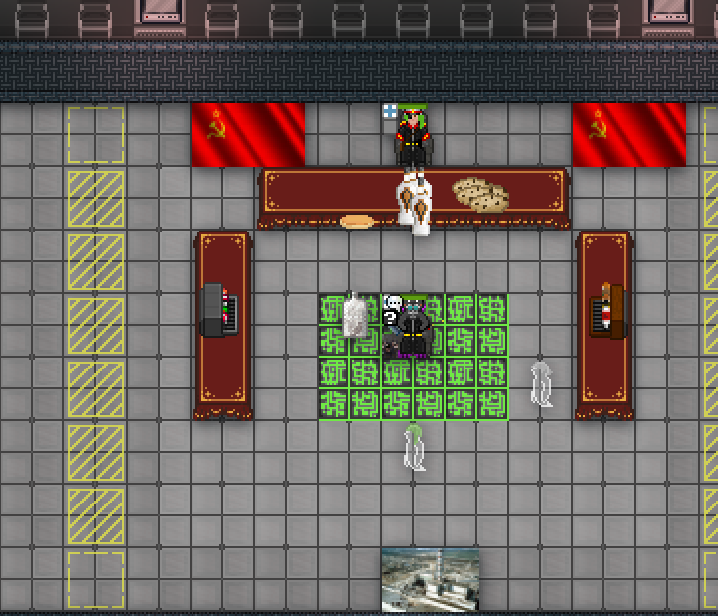 What about that time when Czanek decided to rush data expunged and the server died a painful death.
Certified czanek moment

Some of my memorable ones include:

Bartender ling tries to get me as sec, PDA other officers and started a ling crusade, not a single ling survived that round

fun fact: stalin was me
URAH my comrads (before you ask no im not russian)

What fresh hades have I found? Sounds like people needed some Burning Honkmother Clowns and noERP posters. 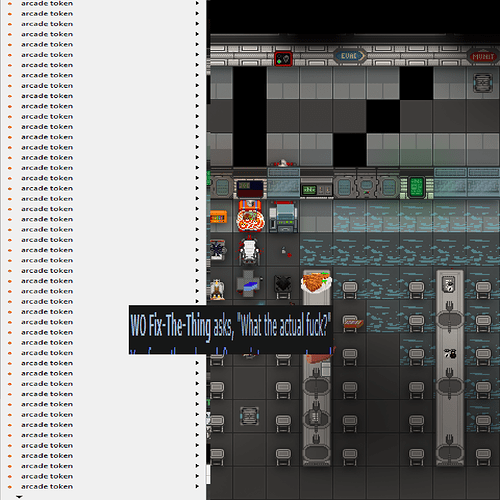 I was chilling in munitions as an assistant, i found a nerf gun so i loaded it and started blasting. there was a traitor there and he tought i was his tator friend so he started shooting a real stetchkin, so i caved his skull in with a toolbox. EZ

Clown Captain flies ship into combat and does not die instantly

first time captain on round 1000… which was a event with some of the most ships I’ve ever seen.

I somehow piloted us to a win.

You mean, Admiral Gondola helped you to that win

central command acknowledged i won by bombing me… shhhh