Notice: i’m not sure that know NSV13’s code and gameplay fully, so if any of the thoughts here turns out to be already existing or impracticable, i ask you to understand me.

After playing, I saw a couple of strange moments for myself that I want to consider and show you an idea for gameplay:
If ship a armed aircraft carrier and have military personnel with appropriate ranks, so why it has simple security department without people, who can perform duty of boarding or anti-boarding?
Well, I think you tried to keep classic SS13 experience. But when all comes to the end of “Nuke” gamemode round you will notice following:

So, I would suggest change old security with new (or keep both), more paramilitary one:

Now about WHY i mentioned XCOM: 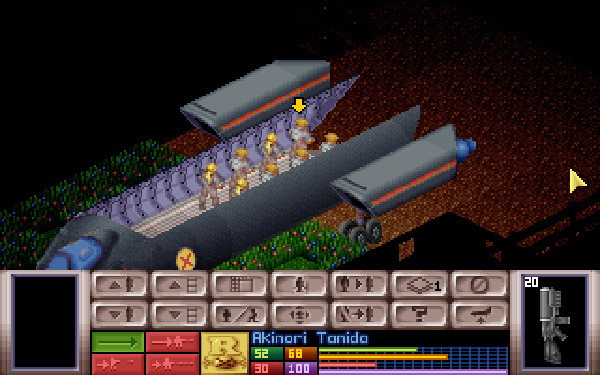 Yes. It is.
For first, this idea needs generated dungeon buildings in space (so-called derelicts), which can be discovered during the ship’s journey. Hostile mobs, research data, lore data, and other resources must be included.

Dropships will work like mining shuttle (mapped shuttle-like box docked to the ship with terminal, weapon racks, some space for trophies and passagers seats. Not like fighter, idea of making multi-crew fighters is bad). If main ship is close enough to the desired object in space (in accordance with DRADIS), dropship will show waypoint to this object and will land on shuttle landmarks on the other side. Pretty easy but not so original, i hope this will bring more teamwork and motivation to explore each sector.

Marines likely wont get added at this time. It has been discussed. The aspect of having squads reassigned to assist with security for more events is likely. The Warden is designed to watch the brig for internal issues. The head of security supports the bridge and is probably more suitable to take the task of managing a assault group.
This is my internal view point only.
One of the reasons that we only have a security department is because of job bloat. We had issues with issuing all the sec with rifles before.

An idea similar to this may or may not be under development upstream.