Your ckey:
Seryn
Your IC name:
Travis Zaun
Your Discord ID:
Seryn#6006
Date of round:
Most recently 6 FEB 2022
Round ID:
3793 most recently
Defendant’s IC Name:
Suno Hall
Complaint:
Suno Hall frequently neglects his primary duties as an engineer in favor of doing other departments jobs, running experiments while neglecting his primary duties (ensuring the ship is fully powered and armored to the best of his abilities).

As an example, for the most recent round I observed, as the CE he built a pluoxium chamber for the express purpose of “plouxium therapy” while leaving a new engineer to solve accidental fusion in the SD mix chamber on the Aetherwhisp by himself. This lead to the SD integrity eventually decrease to zero, as the engineer was new, and could have been solved in 15 minutes (vice the hour that it took this new engineer) due to his lack of help. 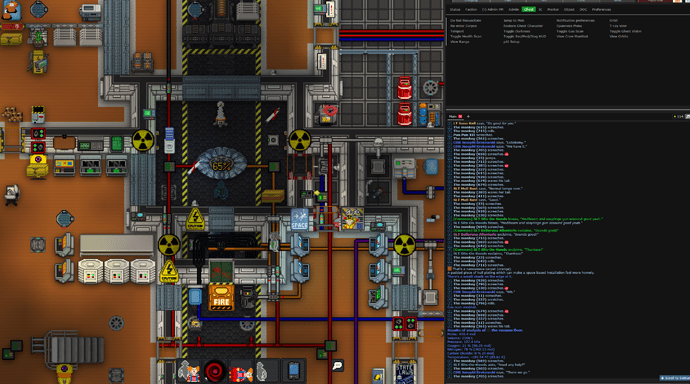 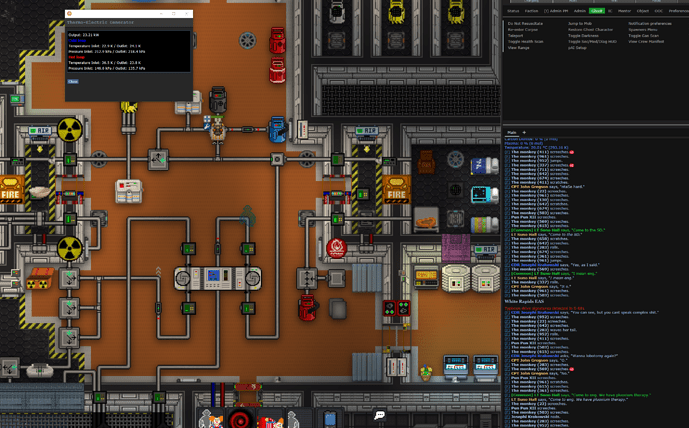 Another example of him neglecting his responsibilities as a CE is him attempting to assume command while there was an active XO (despite the active XO being in chat, and actively involved in commanding the ship and attempted to arrest another while using sec equipment, with active sec in game, an individual who had already been cleared. He was stopped by the crew, and I know there was at least one Ahelp about it).

Yet another example is him taking command of a fighter, while as the CE, as the ship took hits and leaving the ship, attempting to get the rest of his department to focus on upgrading and using his shiny fighter. There were active weapons dept personnel.

In another example, as an engineer, he built a rather poor containment and deliberately replanted kudzu in a chamber in the mess hall on the Atlas. This immediately escaped containment and had to be dealt with while the ship was actively being shot at.

Those are just standouts: as an engineer of any sort he neglects the ship as a whole in favor of running experiments.

Suno Hall hardly ever focuses on the tasks at hand or the overarching goals of the round. Often focused on their own project with no sense of responsibility. They often take over the Chief Engineer slot just for the tools and access to the parts they want to make a machine that’s usually disruptive to the rest of the ship’s operations. Suno doesn’t often respond to orders in a respectful manner and is generally a LRP player. They treat the ship like a station and the ship suffers as a result.

To this date I ask myself should I stop Suno hall from turning the janitor room into a fusion reactor.